Sweat, Tears, Blood and Victory: The Importance of AR/VR Technology in Major Events

Augmented and Virtual Reality have been rising in popularity over the last few years, changing how events ranging from concerts to sporting games are experienced. With covid-19 lingering on as a threat, these innovations provide new ways for people to interact with entertainment or their favourite sports teams without risk of infection. Augmented reality/virtual reality technological innovation is presenting the audience with an unforgettable experience.

With AR/VR, you can get a front-row seat without ever leaving your couch! This blog post will explore how these two technologies are changing major event experience, coverage and why it is becoming a significant game-changing trend.

The most recent example was at the Grammy Awards, where Augmented Reality allowed viewers to see what it would be like to be on stage with Beyoncé or Kendrick Lamar. This experience created an even better concert viewing experience because fans could get closer than ever before without leaving their homes. Augmented Reality takes things one step further by making the audience interactive- so much that during this year's Olympics, even those who watched from home felt like they were participating in what was going on at the games.

Augmented Reality has the power to make you feel like a part of something bigger than yourself. Devices such as Google glasses or augmented reality Apps allow users to experience various scenarios to interact with objects and other people in real-time.

Let's focus a bit on the Olympics; the Olympics is one of the most anticipated events in sporting history, and for a good reason. Athletes have four years between Olympic Games where pressure builds up again as any other major competition does during training cycles; every effort is made by those involved to make this once in four-year experience unforgettable for audiences around the world. One athlete likened it to a PhD in sports because much planning goes into preparation before appearing on stage.

With such a high-pressure event, preparations are taken with meticulous detail for athletes and organizers alike to give the audience an experience to remember.

How AR/VR is changing Sports Broadcasting

Augmented and Virtual Reality changes the way sports broadcasts are viewed, with 3D representations of lineups and graphics overlaid on the live video feed to give viewers a more immersive experience. Analysts can use these techniques to show alternative plays during games or animate players from different angles while playing their positions on the field for fans at home.

AR and VR have become game-changers for broadcasters. The likes of ESPN and Fox are now using the technology to enhance their viewer experience, making their audience more engaged with what they are watching. AR and VR are being used in studios to show fans who want an up-close look into all that goes on behind the scenes like, building races cars, changing tires during racing events without even leaving home! 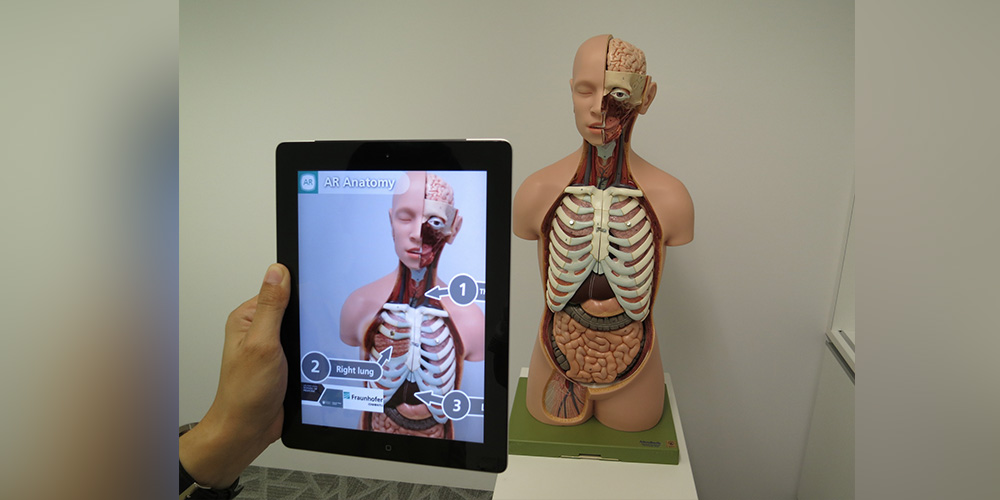 The uses of AR/VR in Training

AR and VR are fantastic tools that can be integrated into training in various skills. The possibilities are endless, and you don't have to think about how hard it would be in real-life - AR allows for practicing scenarios before they happen! And the best part-You'll get better quickly because your brain will associate AR with practice sessions. With Augmented Reality's help, we may all live idyllic lives.

AR and VR have been shown repeatedly to improve training situations by allowing users access to environments that simulate their desired outcome without being exposed directly to them; this means mistakes won't be costly. 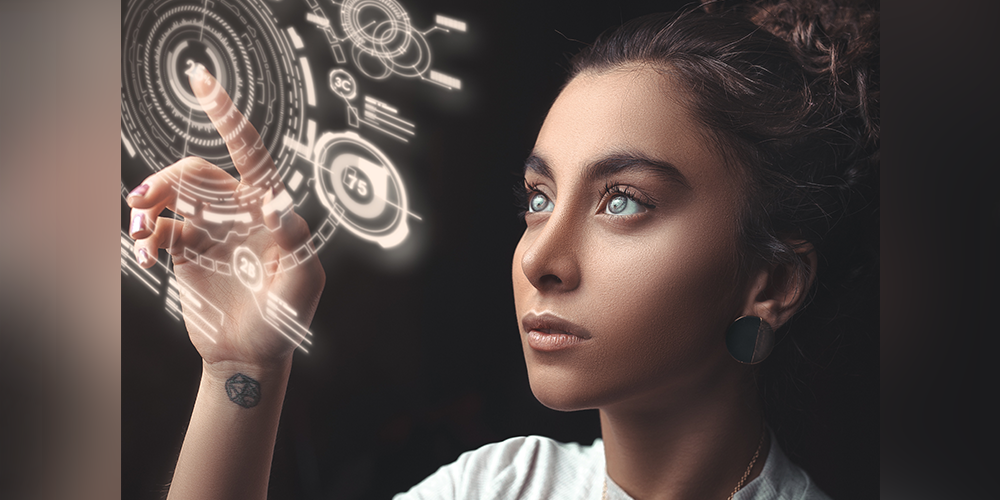 Augmented Reality can be a great way to get closer to the game and have more fun. Sure, watching it from inside a stadium is an adventure in itself. But with such features as AR filters that show you all about the sports, background of each team/player etc., there's no dull moment.

AR and VR technology can revolutionize spectator sports by enhancing them with interactive elements and new levels of engagement. Imagine, in a football game; you can take on an active role as one team's goalkeeper or striker rather than bearing witness from afar. That mind-blowing, right? Another scenario could be at Wimbledon, where spectators could access live data about players' performances, including their stamina over time, see additional content around them, such as stats and information.

Clubs federations and event organizers are always looking for innovative ways to increase entertainment during the game. 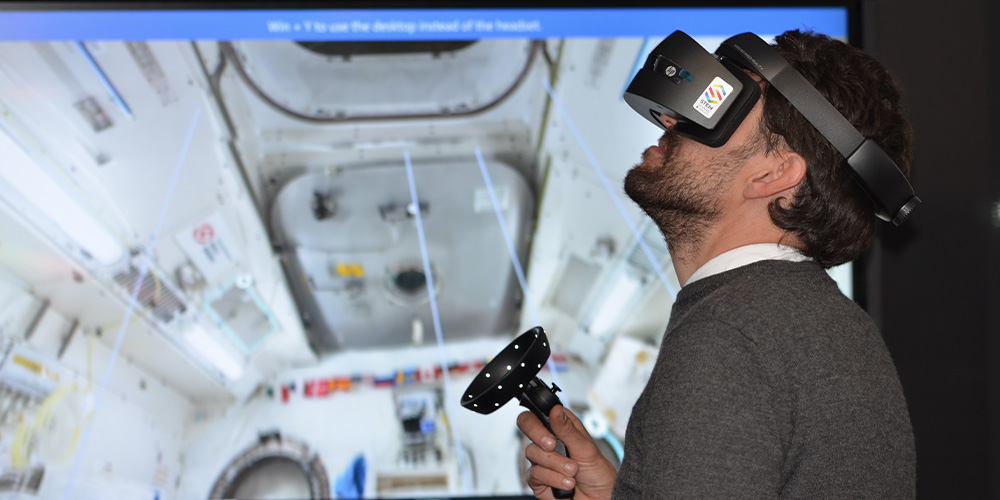 Visiting a club's museums is a great way to experience the history of that club. For fans, it's not just about looking at memorabilia and old trophies made from brass but also being able to go back in time to have an immersive experience with memories you thought were lost forever when they happened decades ago. One does not need to be restricted by age- there is something for everyone! Giving one a look into what life was like years ago before any form of tech became available or even imaginable- will leave visitors feeling nostalgic yet enlightened, too, if anything else.

What better way to pay tribute than with the power of technology? The Olympics is one event that has so much history. For the Tokyo 2020 Olympics, the organizer created The Olympic Museum in AR, an app in honour of Japan. This interactive experience provides a unique and poetic journey into Japanese culture, history and activities to give you a virtual tour around the new Tokyo National Stadium.

Although it may seem like a fad, augmented Reality is here to stay.

The year 2020 has been hit hard with cancelled events. Hundreds of concerts, festivals, and tours have been postponed or cancelled due to the pandemic in many countries worldwide. With touring being the vital source for artists' income, fans are disappointed, and some famous musicians lose out on their own paid concert dates.

Virtual concerts are not an entirely new concept, but the pandemic has undoubtedly given it some life. In April, one of the first prominent online 'concerts' took place in Fortnite - a strange location for entertainment if you ask me! It offered many different opportunities for interactions with other gamers; however, virtual concerts have become increasingly popular. People look toward ways to relax or feel more connected when they cannot physically be at an event due to the pandemic.

A typical example is how Travis Scott's performance was a highlight at the new celebrity server for video games.

Nowadays, AR and VR have become a scorching topic, with companies like Facebook and Apple investing heavily in this technology.

Competition and innovation are the names of the game.

AR and VR technology are revolutionizing the way that people experience major events. In the past, spectators would need to sit in a stadium or arena and watch from afar. Now, they can feel like they're right there on the field or court with all of their favourite players! AR and VR have become an essential part of sports broadcasting for this reason - it brings viewers closer to what is happening than ever before.

Some years ago, people had to settle watching major events on a screen with less interaction. VR and AR are changing that by allowing viewers to experience these moments live and in person. Plus, they could get up close with the players and feel like they were right there on the field or taking shots from half court! AR technology provided an even more immersive viewing experience, as spectators would have access to real-time statistics about what was happening during a game. These advancements were groundbreaking because now no one needed to miss out on their favourite team's games when work prevented them from attending in person. They watched through VR goggles instead of waiting until later that day for highlights updates online or trying to catch clips while channel surfing.

Benefits of Augmented and Virtual Reality in Major Events

Final Thoughts: Augmented and Virtual Reality offer numerous opportunities for businesses to create more immersive experiences for their customers. Today's brands are not relenting for strategies and engagements designed to beat competing brands in generating leads, conversions and innovations.

Would you like to discuss AR or VR as part of your company's digital marketing plan? Do you know how to leverage AR/VR to improve the customer experience? We have the answers to your questions.

It has become a way of life at CELA to support brands with 3D visualization, AR, VR, and more to enhance customer engagement across platforms.

CELA Technology is a game-changer in VR, AR technologies powering e-commerce into the future. Contact us for VR or AR technology that suits your e-commerce business or need.

Augmented and Virtual Reality have been rising in popularity over the last few years, changing how e...

If you think virtual try-on solutions in e-commerce is one of those marketing gimmicks that will soo...

Augmented reality (AR) as a critica...

Commerce is as old as human existence. It is the chain of activities that promotes the exchange of...